What is forest land under the Emission Trading Scheme (ETS)?

Under the ETS, forest land is defined as being at least 1 hectare with forest species that has, or is likely to have, tree crown cover with an average width of more than 30% on each hectare.

Forest species are trees capable of reaching five metres in height at maturity in the place that they are growing, excluding tree species grown primarily for the production of fruit and nut crops. 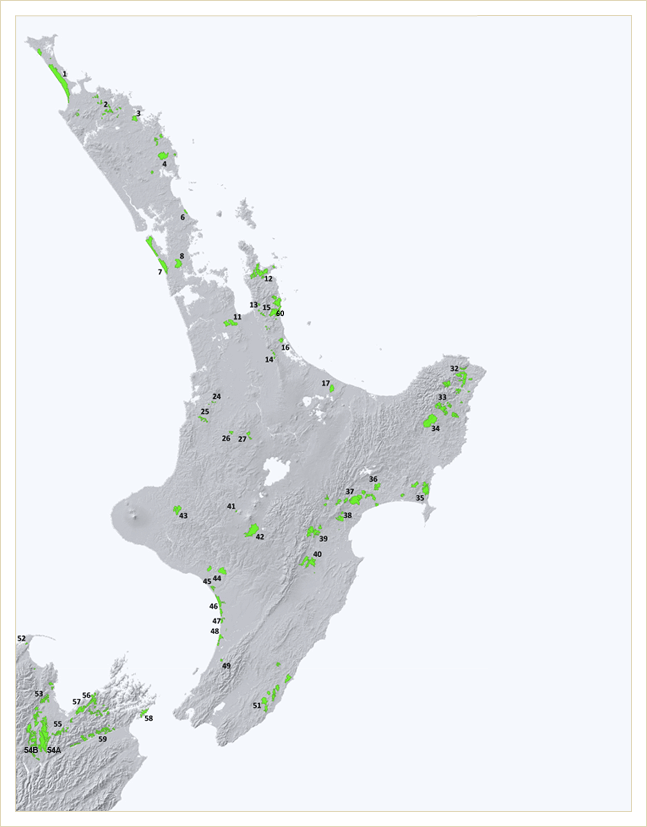 The Climate Change Response Act provided for 18 NZUs per hectare for eligible pre-1990 Crown Forest Licensed (CFL) land transferred on or after 1 January 2008.

The table below summarises the number of NZUs allocated to each of the 47 forests and held on trust by FEUT. Each forest also shows a map of the eligible pre-1990 forest land for which the allocation of NZUs applies. This table is updated annually as the FEUT progresses through the allocation process.

The number of hectares of pre-1990 forest land for which the FEUT applied for NZUs is based on an independent analysis of eligible land undertaken by Indufor Asia Pacific.

The FEUT applied to MAF for a Tree Weed Exemption over 140 hectares of land which had been cleared of Pinus contorta (lodgepole pine) and was also mapped as eligible pre-1990 forest land. MAF advised that the application would be considered in early July 2012 and that any areas of Karioi Forest that received a Tree Weed Exemption would be deducted from the notice of final determination. Consequently, decisions on the final allocation of NZUs for Karioi Forest and the transfer of NZUs into the FEUT Holding Account were not made until late July 2012.

Summary of forest areas and allocation

Please confirm deletion. There is no undo!